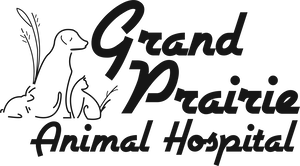 What is Mezzanine Financing?

Mezzanine financing is a type of borrowing companies do which appears as equity - instead of debt - on the company balance sheet. It often is used for business expansion. Since it is considered to be high-risk, mezzanine financing lenders expect a high rate of return.

Businesses generally raise money by borrowing it, which is debt, or by selling stock in the company, which is equity. But mezzanine financing acts as if it was a combination of debt and equity and is considered a hybrid financing mechanism.

With debt, there are specific terms to which borrower and lender agree such as an expected rate of return and payback period. Once the debt is repaid according to the terms, the borrower’s obligation to the lender is ended.

With equity, there is no payback period or guaranteed rate of return. However, a company that issues equity for capital has an ongoing relationship with the person putting up the funds because that person has purchased a piece of the firm. That person then has the right to sell the stock. (This is a simplified explanation. Stock can be created with any number of restrictions, including that it must be sold back to the company and can only be sold at specific times.)

Mezzanine financing, like debt, has a repayment requirement that is spelled out in the terms of the issuing documents. However, unlike traditional debt which has an interest rate pegged to existing bank rates, mezzanine financing rates of return can be in the 20 or 30 percent range.

All lending involves risk. The higher the risk, the higher the rate of return, or interest rate, demanded by the lender. Often, mezzanine financing is used by venture capital firms to expand existing businesses which need the expansion to meet its goals. More traditional types of lending, such as bank lending, typically would not be used for such speculative purposes.  As a result, the expected rate of return would be less. But the riskier nature of mezzanine financing borrowing drives the cost of the borrowing - the effective interest rate - higher.

A unique characteristic of mezzanine financing is that if the lender is not repaid according to the repayment terms, the amount due can be converted to equity in the company. The advantage to the company is the reduced impact on the firm’s balance sheet as the borrowing is accomplished without it showing up as debt. As mentioned above, it is carried on the balance sheet as equity. This can make additional, traditional bank financing easier to obtain.

While the rate of return is potentially higher, a disadvantage for the lender is that the debt capital, as it is called, typically is subordinate to senior lenders. This means traditional lenders, again banks, would be paid first if loans had to be called. As a result, mezzanine financing is also referred to as subordinate debt.